What will the Court Consider When Deciding Parenting Time and Decision-Making for Your Child?

If you have children, and you are thinking about getting a divorce, or if you are looking to establish a custody proceeding in Colorado, you should know what the court will look at when it is deciding who your children will spend time with, and who will make major decisions for them. The legislature in Colorado has decided that “it is in the best interest of all parties to encourage frequent and continuing contact between each parent and the minor children of the marriage after the parents have separated or dissolved their marriage. In order to effectuate this goal, the general assembly urges parents to share the rights and responsibilities of child-rearing and to encourage the love, affection, and contact between the children and the parents.”

In Colorado, courts today have changed the way they talk about divorce. The legal term for Divorce is now “dissolution of marriage,” and child custody is called “allocation of parental responsibilities.” Parental responsibilities are divided into the physical care of the children, or who they will spend time with, and parental decision-making, or which parent or parents will be allowed to make major decisions like health care, education, religion, and after school activities. In considering both parenting time and decision making the court looks at “the best interests of the child giving paramount consideration to the physical, mental, and emotional conditions and needs of the child….”

The court will look at decision-making responsibilities for the child or children separately from parenting time. Decision-making is something that the court reviews based on a motion by either party, or on the court’s own motion. The court will allocate, or assign, decision making responsibilities for each major issue affecting the child either mutually between the parties, or individually to one party or the other, or a combination thereof, based on the best interest of the child. This means that one parent could be in charge of educational decisions and the other could be in charge of medical decisions. Or, the court could determine that all decision making for the child must be joint; meaning that the parents will have to communicate with each other before making major decisions about the child.

In determining the best interests of the child for purposes of allocating decision-making responsibilities, the court shall consider all of the factors that it considers for parenting time, and the following factors:

The court will consider the situation of both parties in determining the best interest of the child. However, if either party requests a genetic test to determine the biological parentage of a child, that request will not prejudice the requesting party in a determination of parental-responsibilities. Further, if one party is absent or has left the home of the child because of domestic violence by the other party, such absence or leaving will not be considered in determining the best interest of the child. 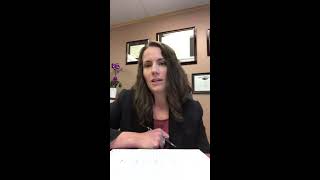 Simple timeline of the divorce process in Colorado.

Do your children really know what you want when you die? Probably not.

Do you need a will?

How to Deal with Valentine’s Day When Getting Divorced: A Practical Guide by Guest Writer, Kim West

What happens at an Initial Status Conference in a divorce or child custody case?

Race for the Cure! #TeamLegallyPink

What happens at a Permanent Orders Hearing?